With humanlike robots, smart appliances, and smart speakers that listen to your every word, innovation moves at lightning speed in the tech world, and it’s a rat race to come up with the next big thing.

If you haven’t seen Black Mirror: Bandersnatch yet, bookmark this blog, go home, order takeout, and hunker down for an interesting trip down the rabbit hole.

If you have seen it, you know the movie is about a person in the 80s who unravels while designing a video game inspired by a fantasy novel written by a famously deranged author. But Bandersnatch isn’t just any movie, it’s an interactive, create-your-own adventure piece in which the viewers’ decisions influence the storyline.

My partner and I watched it the day it was released. We spent eight hours – when the average runtime for the film is 90 minutes – finding all five alternate endings, including the secret one the writers didn’t want you to find. I spent the majority of that weekend texting all of my friends to figure out which endings they did and didn’t see, and to this day, I'm still asking people what cereal they chose (#TeamCocoPuffs).

The Digital Transformation of Interactive Storytelling

When the news broke about Netflix launching a create-your-own story in TV form, I couldn’t wait to get my hands on it. I was obsessed with choose-your-own adventure books as a kid, and I felt like it was created with my generation in mind (what up, millennials?). But regardless of age, interactive storytelling can be tailored to any audience because it gives consumers the power to determine the storyline they want to see.

However, Bandersnatch wasn’t the first interactive program released on the platform. The streaming company started small by quietly releasing create-your-own story shows for kids, like Puss in Book: Trapped in an Epic Tale and Buddy Thunderstruck in 2017.

Netflix’s content for kids is a huge part of the platform as 50% of all accounts spanning the globe watch children’s programming. With family subscriptions making up such a significant portion of its audience, tailoring interactive content for tiny humans was a brilliant move. Interactive programs promote learning and decision-making, which is a big plus for parents.

Netflix is laying the foundation and determining must-have content for other streaming services, so it’ll be interesting to see what Disney+ launches with and what other media outlets do to keep up.

Whether you chose for Stefan Butler (the main character in Bandersnatch) to have off-brand Coco Puffs or Frosted Flakes for breakfast in the first scene, Netflix recorded the answer. In fact, the company’s not even keeping that a secret. Netflix mentioned in an email to a reporter that it collects viewers’ data to inform the personalized recommendations viewers see in the future.

Viewers had mixed feelings about the interactive film. Some mentioned that they experienced a level of stress due to the amount of the choices required finish the movie, while others believed it was too hyper-focused on the journey, rather than the destination, failing to live up to typical Black Mirror standards. In my opinion, if you can’t take the heat, you probably don’t like horror films anyway. And if Bandersnatch wasn’t up to your standards, you may not realize that the bar has been raised.

Netflix built its own (insanely complex) software for Bandersnatch and the collection of customer data will actually help strengthen its algorithm for interactive programming moving forward. Netflix will be able to identify popular storylines and refine its content, helping solve some of the customer pain points relating to interactive media.

My biggest question is: Was it worth it for Netflix? The project took two years – from production to release – to create, and 35 days over a seven-week period to shoot 312 minutes-worth of content. This doubled the time and money typically spent filming a single episode of Black Mirror. Even the creators of Bandersnatch admitted that if they had realized how difficult it’d be to make, they might not have gone through with the project at all.

Streaming services are in a seemingly never-ending competition for consumers’ attention and subscription dollars. But, if Netflix can master the uncharted territory of interactive content AND deliver a seamless customer experience, it could bring the company a competitive advantage so large, it would take significant resources to match.

As a choose-your-own adventure enthusiast, I say bring it on, Netflix. I’ll be ready to watch whatever you throw our way. I’m even willing to give you all my data if it makes my experience something I'll never forget (and endlessly recommend to friends).

About the Author
Cara Walters is the Senior Marketing Director at Stratifyd. She has a background in TV production and gets a kick out of combining AI with every streaming service known to humankind.

Apple vs. Android: The Battle for Brand Loyalty

I’ve had the same iPhone 6 since 2015. It’s been through countless drops, two broken screen protectors, and a battery change...

Breaking Into Tech as a Salesforce Admin

Have you ever caught yourself thinking about your favorite brand, then receiving a promotional email from them...

Moving the Dial for Women in Technology

Stratifyd is on a mission to help move the dial for women in technology by using our voice within the tech community. 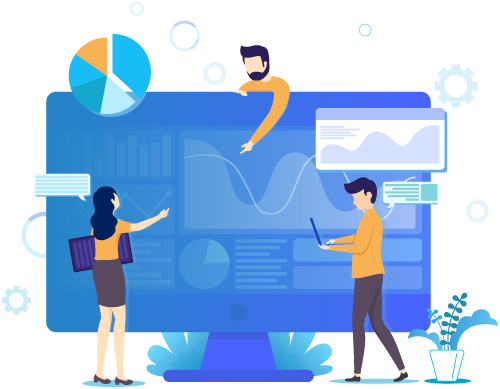 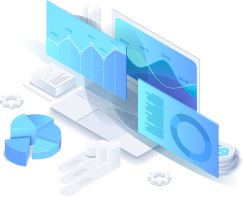 Stratifyd is an end-to-end customer analytics platform powered by artificial intelligence. First it ingests your dataset, then it applies a series of AI-fueled algorithms to it in order to:

Once Stratifyd’s done analyzing, it visualizes all of its findings in an interactive, fully customizable dashboard that helps you gather insights and make data-driven decisions. Ready to see it for yourself? Contact us today to schedule a demo!

Who We Are
Our Story
Our Mission
Careers